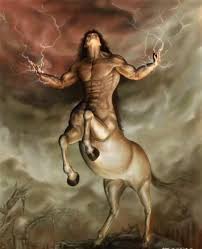 To give some background to the information which initiated my latest phase of healing.  I have been undergoing some very intensive healing of late. I was told to clear my deepest wounds.

Chiron was notable throughout Greek Mythology for medicine, music, archery, hunting, gymnastics and the art of prophecy. Chiron was known for his knowledge and skill with medicine and thus, was credited with the discovery of botany and pharmacy, the science of herbs and medicine.

Briefly how Chiron died as the son of Cronus he was immortal, so it was left to Heracles to arrange a bargain with Zeus to exchange Chiron’s immortality for the life of Prometheus, who had been chained to a rock and left to die for his transgressions. Chiron was pierced with an arrow belonging to Heracles that had been treated with the blood of the Hydra and died from the poisoning.

Discovered in 1977 by Charles Kowal , it was the first-identified member of a new class of objects now known as centaurs —bodies orbiting between the asteroid belt and the Kuiper Belt.  Chiron was named after te Greek Mythology Centaur.  The planet has been dedicated as the planet for the “Wounded Healer”

Within Astrology Chiron is a comet with a unique and erratic orbit. Chiron is symbolized by the “wounded healer”. It represents our deepest wound, and our efforts to heal the wound.

I received the thoughts from my Soul to invoke or summons the Holy Angels of Chiron to teach and help with my next phase of self-healing.

It is always best to work with Holy Angels when dealing with any kind of issue or self-healing. About a week passed and nothing major, just felt slight shifts of energy here and there.  I felt really good as I thought I must have released and healed the worst of it, I thought.

Ha on my birthday of all days three a.m. intense pain in my left hip, I could not understand where this had come from.  I was in agony I could hardly keep still as I lay on my bed. It felt like a spear in my side and I writhed in pain crying.  I have nobody to contact to help me.  I know my capabilities as a healer but the pain was extreme. I prayed and prayed to God Divine and Lord Yeshua to take the pain away.  Then it got worse well with Voodoo there will be venom either in spells or hexes. It has to come out along with the spiritual impression of the spear.  I started with diarrhea this went on for sometime along with the pain.  I continued to pray calling out to Lord Yeshua.  The upset stomach stopped and thank goodness.  Immediately afterwards I started vomiting this went on until there was nothing left inside me food wise. Water during the day the supply is poor but I noted thanks to God, Lord Yeshua and the Holy Angel of Water there was sufficient to flush the toilet and at the end of it all shower.  The pain lasted well into the following day.  I was all right a couple of days later eating as normal.

Exactly one week later on the same day of the week at 3 a.m. it started again with the excruciating pain of the spear in the hip, diarrhea and vomiting.  I could not believe that this could happen again after the first performance I truly believed it was complete. This went on until the afternoon and the pain subsided and could start to pull myself together again.  As always I prayed and prayed for healing and the release of the pain. Exhausted as before all I could do was sleep and rest.

I was beginning to feel quite good and Saturday passed with no problems, I sighed with relief no reoccurrence.  Mid week after lunch of all things. Bam, the pain struck again only this time it was a sword it had cut in from the hip to the top of my thigh.  The agony of the pain oh the diarrhea and vomiting.  A difference took place this time, I received guidance on what to do.  To only drink boiled water and this I did it flushed my digestive system out. I also had some Yansoon or Anise Tea this is very calming and removes nausea.  I would not say it did an awful lot this time but I followed the instructions from my soul. This day I prayed and prayed for this release to finish, it went on for hours. At one point I got angry as the third time it had happened.

Where has this come from?  What happened to my protection?

I was told by Yeshua this happened a few years ago when my spiritual protection was very poor.  I actually knew the person, it was beyond my comprehension as to why they would do this.

The person, a man always wanted me to have a drink, food and talk I always refused.  I had no interest in spending anytime with him.  I was always polite and cordial.  I am grateful I did not join him for drink and food. Dangerous person.

Bad and evil people search out good people. The ones who know how to do sorcery, voodoo, witchcraft are very dangerous indeed.  Those few years ago I had no idea anyone had done this to me.  The evil intent, venom and demons which had been put in place through Voodoo to ruin my life, I did not feel a change.  Though I have suffered directly from what was done.

I understood what had been done and I was told this was the last of it.  It is a very painful healing. The pain is generated by the demons in situ.  The process is not always simple in removing them.  There were attachments placed on my privates, I cannot express the pain that came with the pinching of this area occurred on all releases. Demons will create as much pain to their victim as possible whilst being removed.

I maintained drinking boiled water and it was early hours of the next day the pain actually dissipated.  I could not face eating food felt so sick and exhausted.  I finally had a nap for an hour or so.  I received the thought to eat an apple but I had none.  Being very independent and used to having nobody to help me I was reluctant to ask for help.  All I could think about was the juicy and crispness of the apply finally at 4:30 pm I called my neighbour. He could tell by my voice I was not well.  I asked him if he could buy me some apples he said no problem and would buy them on the way home.  I was dreaming of apples by the time he arrived with them.

I washed, peeled and cut up the apple but could only eat a quarter.  I had to ensure the apple would stay down in my digestive system.  Over the following day I eventually ate all the pieces of the apple.  I kept drinking boiled water too. 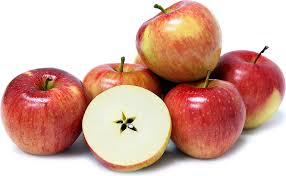 I could digest the apple no problem.  Apples are amazing fruit I have found especially with vomiting this happened to me often with migraine.  Eating an apple soon restored my wellbeing.  Apples cleanse and refresh the digestive system bringing balance into the body again.

To find more about apples and their healing properties click on the following link:

I hope you have found this post helpful, it is to give understanding of what happens during self-healing and the healing of psychic attack.

DO NOT under-estimate bad or evil people there is no limit to how evil they can be. These people pass us in the street, sit next to us at work, very often our own family and “friends”. 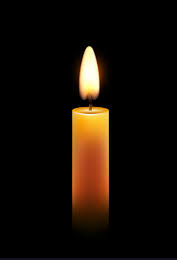 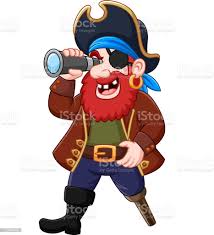